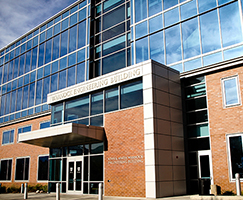 The rankings are based on a series of scores from surveys with deans, corporate recruiters, employers and company contacts, as well as GRE test scores from master’s and doctoral students, acceptance rates, faculty-to-student ratios, research expenditures, doctoral degrees awarded and more.

The college also has ranked high in other areas. According to the latest ASEE Databook, the College of Engineering is ranked 29th in the country in total tenure-track faculty, 36th in research expenditures, and 40th in doctoral degrees awarded.

The U’s College of Engineering has experienced tremendous growth in the last two decades with research expenditures rising 280 percent since 2002 (with $95 million in engineering-related expenditures in 2018) and the number of Ph.D. graduates rising 193 percent. Tenure track faculty has also grown with 192 faculty members in 2018, a 73-percent increase since 2002.